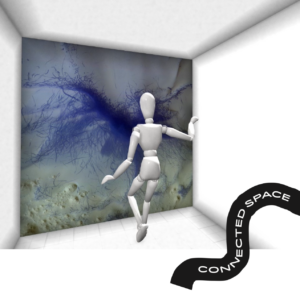 Image credits: The visual material of the project was partly based on the pictures made by the University of Bern Mars camera CaSSIS, ESA/Roscosmos/CaSSIS

“Potentially uninhabitable worlds” brings the visual artist and architect Matteo Taramelli and the doctoral candidate in astronomy researching the planet Mars Adomas Valantinas into conversation over the questions of life outside earth and the unsettling scenarios of the near future. They will translate their discourse in an enigmatic aesthetic language that crosses scientific imagery, architectural visualisation and digital artifacts. 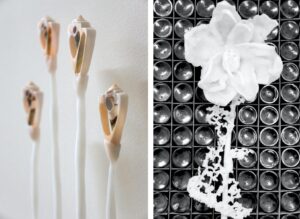 “We are presenting our idea of how nature regains ground on the man-made land of plastic, which floats with the size of a country in the Pacific, the so-called “Great Pacific Garbage Patch”.

In our discussions we brought together the fascination about form and function of plants and shaped it into a positive vision about the future. We imagined how natural processes might lead to the evolution of plants, that digest the unwanted and deadly remains of humans: Plastic”.

Why should plants eat plastic, what could this organism living from light and CO2 gain from PET- bottles? Almost all plants are photoautotrophs = living from energy provided by the sunlight. However, in the vast realm of plants we find some strange exceptions. The bleek orchid Neottia nidus-avis is a full parasite living on fungi. This plant thus gave up its independent, photoautotrophic life in favour of a heterotrophic one.

Next we need the information about how to digest the large PET molecule. Only recently scientists found on japanese PET bottles a bacterium called Ideonea sakaiensis. With its enzyme names PETase it breaks down PET, gains energy and produces molecules that are far easier to digest from other organisms.

Our idea was to marry plants and PET digesting bacteria. There are at least two possible ways how to celebrate this wedding. First via symbiosis as performed in millions of plants: individuals of the Fabacea plant family invite bacteria into their roots to exchange nutrients (N) and energy (carbohydrates). The host then develops bubble-looking attachments at their roots. The second type of wedding can consist of a fascinating process where genetic material is ingested from one organisms into the other no matter their phylogenetic (=heritage) distance.

The discussion about a suitable form that could support the digestion of PET, quickly brought about insectivorous (= insect eating) plants. These plants produce a liquid that dissolves their prey and later absorb it. Drosera auriculata exudes this liquid on its delicate tentacles, that appear as if dropping of dew. Cephallotus follicularis transforms its leaves to traps, bucket shaped organs called pitchers. These species inspired us for plant forms that catch plastic and replace the digestive liquid for insects with digestive liquids for PET.

Of course we are talking about plant in the open ocean, therefore the last organ we discussed tackled the floatability of our plastic eating plants. Air- filled bladders and surface-increasing structures (leaves, roots) gave fed our imagination. 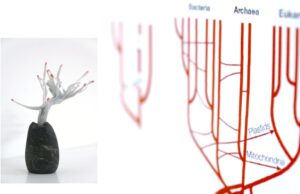 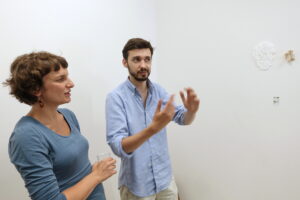 The main motif of Fedotov-Fedorov’s art is the use of natural scientific knowledge. The artist adopts its main characteristics: the depiction of biological processes and forms from the cell to the habitat, linguistic features and ways of presenting knowledge (formulas, drawings, and so on), methodological principles and types of representation (entomological collections, card catalogues). With their help, he reveals the subjective nature of the acquisition of knowledge and its dependence on individual experience. He shows that we perceive and describe the surrounding world in accordance with the language we use.

The artist’s portfolio includes a large number of solo and group exhibitions in museums and galleries in Russia and Europe. The artist was nominee for the State Prize in Contemporary Art “Innovation-2018”  in the category “New Generation” (Russia). Ilya participated in the Main Project (New Tretyakov Gallery in Moscow) and Parallel Programme of the 7th Moscow International Biennale of Contemporary Art, residencies in Spain and Switzerland. In 2018 Ilya Fedotov-Fedorov will take a part in a residency at the Jan van Eyck Academy (Maastricht, Netherlands).  The artist had been selected by the Vroman Foundation as its first Fellow.

PhD in Biology. Plant strategies in the environment, considering land-use change with a research stay at the University of Santander in Bucaramanga (Colombia) and the Research Group Functional Biogeography at the Max Planck Institute for Biogeochemistry, Jena (Germany).
Research Focus:
What can we learn from the covariances of global plant traits? To which extent do subgroups differ in their function or strategy? How do community strategies link to their abiotic environment? The data Basis: Assessment of potential global trait patterns’ alteration due to gap-filling.
Research Interests:
Plant function, namely trait identity and diversity are linked to the individual plants’ performances. They enable to glimpse into processes that shaped the form and function of todays plant kingdom. I would like to understand better which major processes lead to todays’ functional diversity in different plant groups, may it be due to multivariate whole plant trade- offs or due to broad scale environmental filtering. On the long term I aim to understand the impact of anthropogenic land use change on the functional traits globally.

“The brain, as an object, has been elevated to the pinnacle of investigation and production in science and art, respectively.
An aura of omnipotent explanatory momentum seems to be surrounding this organ fostering its solid status as THE object of awwq at the center of attention in science, society and the arts – the last frontier and the final code to crack.

Starting from a confrontational premise, artist and scientist soon overthrew the limiting dichotomies and embraced a systemic perspective of the embedded organ fusing a range of views from the traditional Yellow Emperor’s philosophy to modern neuroscientific insights of the bi-directional brain-gut axis.
the brain-object is examined from different angles probing its real works, status and potency.

The object cult is revised while the culture producing brain-object is contemplating itself through self-reflection: brain signals are derived, relayed, mapped to the senses – experiences are petrified, quests documented and epistemic moments sparked”.

A sense of the enchanting absurdity of human nature runs throughout Yutie Lee’s practice. Whether it takes the form of delighting in the apparent incommensurability of cultural rituals or mirth at the various levels of miscommunication engendered in cosmopolitan exchanges, Lee’s combination of tightly-scripted and open-ended elements within all her works evokes a form of modern-day commedia dell’arte. 2015 Diplom, Meisterschülerin of Olaf Nicolai an der Akademie der Bildenden Künste München
Upcoming solo show in Kunstverein Göttingen /DE (03.08 – 16.09.2018). Yutie Lee lives and works in Munich and Taipei

studied neuropsychology, linguistics and neuroinformatics and is currently working in auditory neuroscience on the topic of tinnitus. On the side, he is loosely affiliated with the computer music institute in Zurich performing transdisciplinary research. Besides his main research foci, his interests are in cultural and biological evolution, psychology and digital sound design. Furthermore, he considers himself a pre-digital native, an early crypto-anarchist and cyberpunk promoting open data science as well as individual freedom of expression. 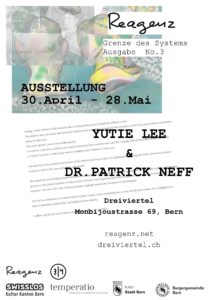 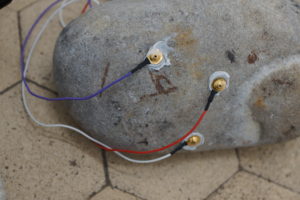 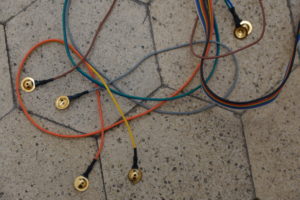 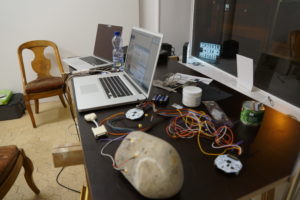 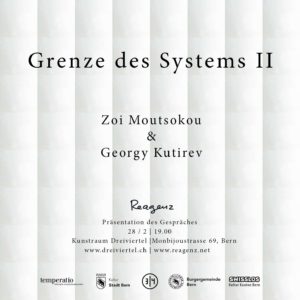 Originally an architect based in Bern and Athens, working mainly with installation and land art and drawing. She focuses on atmospheric, spatial, multi-sensory experiences that refer to questions of perception and control, also in a political and philosophical context.

Her research concerns “coming together” art-oriented activities in socio-political contexts. Since 2016 she is an artistic director of Greveniti Residency, an artist residency on the greek mountains that offers space for exchange, interaction, sharing between art related practitioners and thinkers. 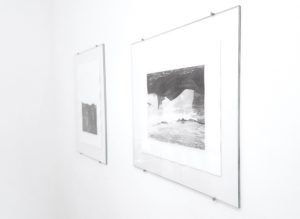 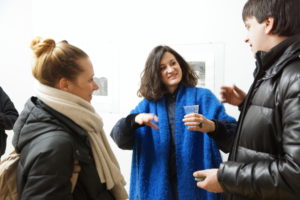 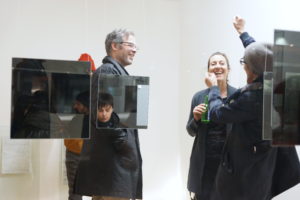 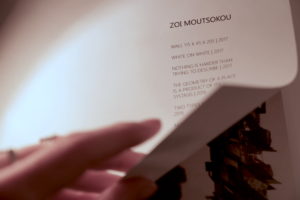 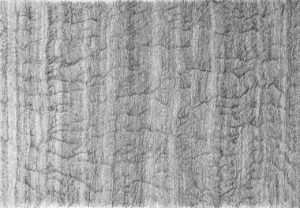 The juxtaposition of effectiveness of words and of persuasiveness of deeds dates back to the biblical epoch, but in political practice this pair first appears in the movement of parlefaitism (from the French ‘par le fait’), or propaganda by the deeds, inspired by writings of Russian anarchist Mikhail Bakunin (buried in bremgarten cemetery, bern). In the illiterate country which Russia was in 19th century such form of political argument as ‘real deeds’ was indeed more convincing than any speech acts, however а deep distrust towards the signifier is rooted in the very russian cultural consciousness, e.g., in a metaphysical aspiration of poets ‘to speak by the soul’ or ‘to write with the truth’. The aim of the project is to clarify what parlefaitism can mean for political, artistic and intellectual life today, in the year of the centenary of the October revolution. 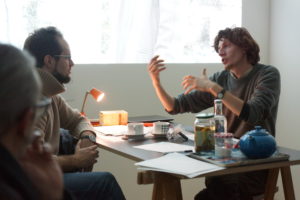 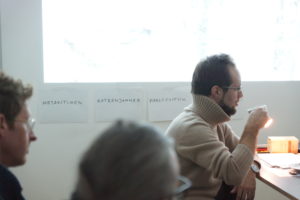 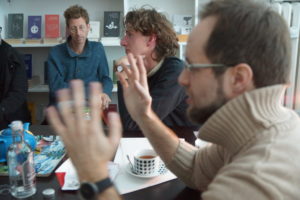 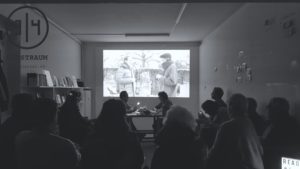 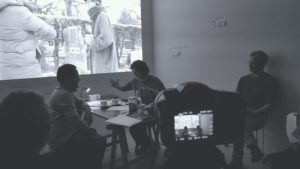 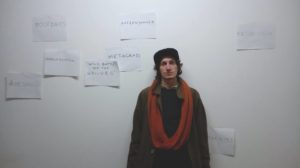 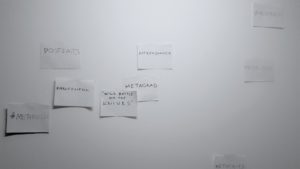 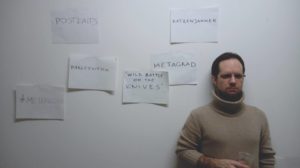 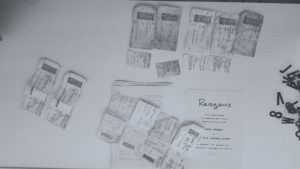 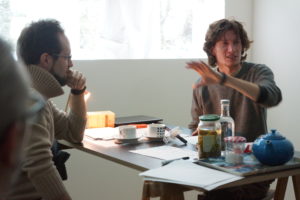 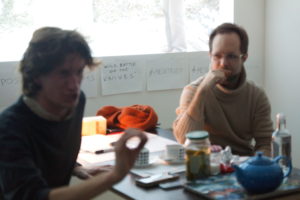 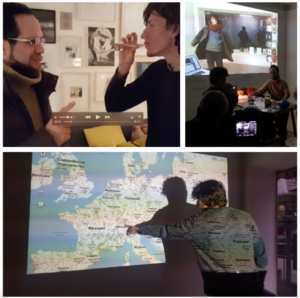